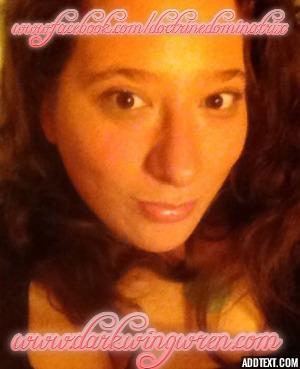 For those who are unfamiliar with Bitcoin, it is best explained as the digital currency of choice for people who are willing to revolutionize their thinking. There is a possibility that you’ve heard of it a few times but not understood it, and if you’ve heard about it from a mainstream source at all, then you probably only know it as being tied to the Dark Web and Silk Road. That seems to be all that the Federal Government sees when it looks at Bitcoin. Smallminded blind thinking, to my mind.

What potential does Bitcoin have? The reality is that terror cells see Bitcoin as a revolutionary tool to aid their quest to bring down America through the collapse of the Petrodollar. http://www.coindesk.com/isis-bitcoin-donations-fund-jihadist-movements/

Read that again. Terror cells see the potential of Bitcoin; The Federal Government only sees it as a tool for crime.

And cryptocurrency has such amazing potential for change. Instead of buying into the mainstream narrative that Bitcoin is dangerous and unregulated, blah blah blah, the very fact that terror groups have become early adapters to it should give you some idea of just how monumentally cryptocurrency can force social change and revolutionize the international economy.

Some seriously positive examples of how Bitcoin can revolutionize the economy and force social change:
– the Bitcoin ring. This is a ring that the owner loads with their stash of digital coins and wears. It is small, discrete, and can literally carry all of that person’s wealth on their finger. And you can hide it. Perfect for women in abusive situations. http://www.wired.com/2013/03/bitcoin-ring/
– Bitcoin as a philanthropic tool has already been investigated by many and donations in Bitcoin are accepted at many international charities. One of the reasons Bitcoin is favoured for such exchanges is the low to no fraud risk associated with the transactions, along with the speed of getting donations through. http://www.wsj.com/articles/charities-seek-donations-in-bitcoin-1428894121
– Bitcoin has already been recognized by several international agencies as a tool for social change through the empowerment of women, particularly women in emerging markets. https://bitcoinmagazine.com/19870/bitcoin-can-help-millions-women-around-world/
http://www.coindesk.com/how-bitcoin-helps-afghan-girls-achieve-financial-freedom/
– The role of empowering disenfranchised women in combatting terrorism cannot ever be underestimated. Witness Malalla. The UN has outlined the empowerment of women as being a main priority in ending war. http://foreignpolicy.com/2015/02/10/women-are-the-best-weapon-in-the-war-against-terrorism/

If women are the best weapon in the war against terrorism, then Bitcoin is their sword and the blockchain is their armour.