First, some words concerning the niqab at citizenship ceremonies. I’m not even sure how that became an election issue. Below is a photo of me wearing a scarf I have worn as a veil and as hijab. 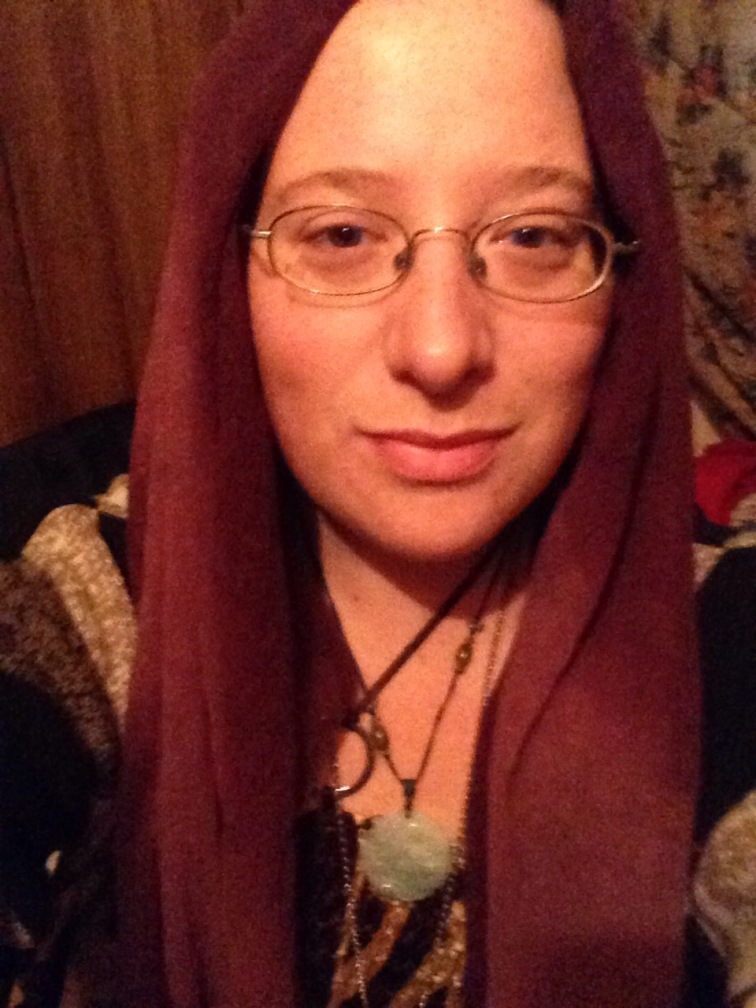 As you can see, I have very photosensitive skin. When I was ill, my skin began to secrete too high of levels of hyaluronic acid, which caused intense burning and a lot of photo damage.

I’ve never worn the niqab but I have looked at life from behind a veil, and it’s been an interesting experience. This is the first time I’ve seen a photo of myself doing so, however.

Jamie at Public Policy Pirate recently wrote some very practical and common sense responses to the whole idea of “ban the burka”.

Yesterday was big for me. Before lunchtime I had sent my sludge to oil conversion essay to all four major party leaders and several press associates.

Sludge to Oil
I have been in contact with the owner of the site Where Is My Canada? Who remains suspicious of me, I can’t really fault him for that. I have been trying to put him in touch with entrepreneurs and libertarians.

Went shopping yesterday to celebrate the uptick in my future. It was fun and I found a very cool little boutique.

Funny how a little thing like a scarf can cause so much fuss.

I’m continuing to seek employment but finding the process tiresome. I don’t have my papers in order and I don’t have a worker assigned to me personally. But I’ll keep trying.