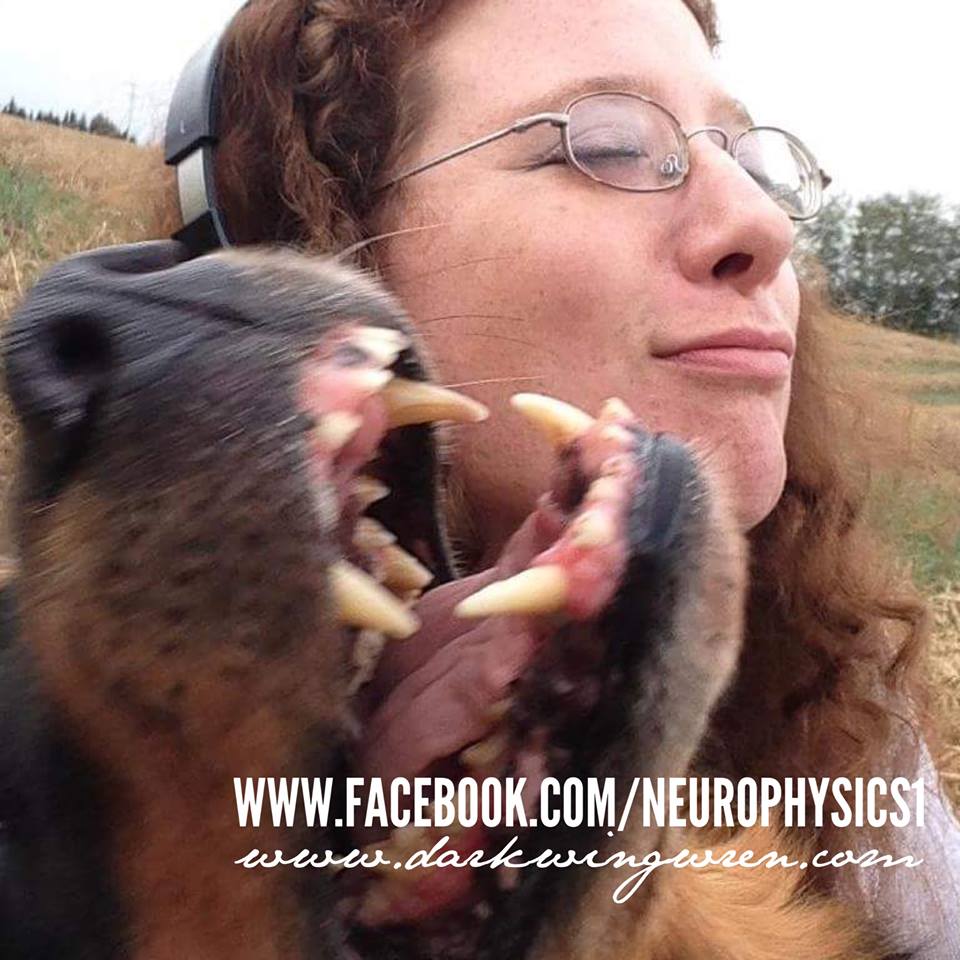 I got Da Vinci when he was six months old, and he didn’t understand a word of English but responded to his name.  Being his handler is a privilege and a mystery; he was born and bred on the Native Trail, which as near as I can tell runs from the Sonora Desert up through Canada and into Alaska, where dogs like him sell for a minimum of 16 grand so they can be run to death on the Idatirod, more or less.  He understood Russian, Dene, French, and German, and was convinced every man he saw was a rapist, which is rather indicative of the level of civilization he was exposed to, and from what I gather is the norm; dogs like him are also used to lead the way through the bad weather during migration and to protect little girls from rape.  He is actually the most gentle soul, so long as I am feeling fine, but god help the man who makes me angry.  So I’m almost never angry, and I learned to sing to him when I was nervous so he could determine my stress level and we did a lot of walking.   I got clearance to work him for obedience and socialization at the hospital, and he met a lot of people.  Let’s face it, when you are walking a dog who looks a lot like a baby black bear and singing to him, people are going to talk to you.

Natives in particular loved to stop and coo and talk to him, and he basically made friends everywhere we went.  He was told faerie tales in Dene and Iroquois and homeless people would want to share their stew with him because he was such a friendly face and easily recognizable.  He had a hobby of breaking loose in midwinter at 3 am to check on the homeless population, and the Buddhists in the area bowed to him, because in their culture dogs that look like him guard the dead and are believed to be the reincarnation of priests who were forced to sin in their previous life.

He is the most impressive dog I have ever had the privilege of working, and I don’t blame his people for considering him a sort of living national treasure, but I dislike the fact that I’ve had to fight dog ring operators for the honour of living with him.  He taught himself CPR and used to hold me down during seizures, lets me use him to pick myself up, takes me tracking, loves to visit people, is amazing with children, and cuddles the feral cats.  Crows come and talk to him.

We used to live in an area with a labour broker and there was a higher than average number of immigrants who wore poppies every day as thanks that they lived here.  I had a group of very cooperative Sufis show him how to interact with them, and he mostly avoids Muslims and Jewish people because they don’t smell like pork and squawk when he tries to say hello and it makes him uncomfortable when he makes people uncomfortable.

He is very aware of his size and tries to make up for the fact that he is huge and intimidating looking by acting as much like a puppy as he can, which sort of verifies the drop ear theory of wolf domestication, since he is either a quarter to and eighth wolf.  He is an incredibly gentle soul who you could trust with an infant, and who once nuzzled a baby mouse and kept walking but considers adult mice to be prey.

I am considering committing to breeding him for protection/assistance work in either the private or public sector for security or therapy.   Vets and vet techs have asked me not to fix him because they consider him pretty much genetically perfect, and other than stress related skin issues, the only thing he has ever suffered from was gangrene and a broken hip from an encounter with a cougar that he walked away from at six months.  It was mauling children.  He still has the claw somewhere in his chest muscles actually.  If I cannot find an appropriate female, I am considering freezing it for AI.